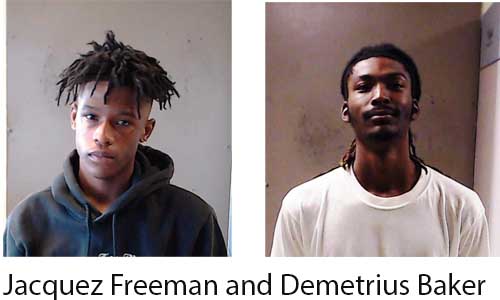 DEKALB COUNTY, GA – The DeKalb County Sheriff’s Office reports that two separate suspects are in custody in connection with unrelated murders that both occurred in Decatur in September.

An arrest warrant charges Freeman with Murder for causing the death of Justin Johnson, 29, by shooting him multiple times during an incident on Williamsburg Drive in Decatur on Sept. 18, 2021. Freeman is being held at the DeKalb County Jail without bond.

Baker is accused of causing the death of Cashe Regia Lah’Jay Green Hudson, 19, by shooting her in the head on Friendly Hills Drive in Decatur on Sept. 27, 2021. Authorities located Baker hiding in a crawl space at a residence in the City of Atlanta. He was arrested without incident and transported to the DeKalb County Jail, where he is being held without bond.