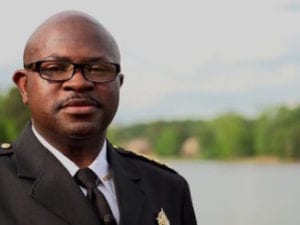 UPDATE: The Rockdale Sheriff’s Office received notification on Jan. 14 that its HEAT grant was reinstated by the Governor’s Office of Highway Safety. The grant had been temporarily suspended due to concerns over low DUI  performance and a December 2021 DUI incident involving three Rockdale deputies, one of whom was a  team member of the state-funded program.  The Highway Enforcement of Aggressive Traffic or HEAT was created to combat impaired and aggresive driving. Two of the Rockdale deputies were terminated from employment with the Rockdale Sheriff’s Office following an investigation into the DUI incident.

Sheriff Eric Levett submitted a plan of action concerning the grant program, which was reviewed and accepted by state officials.
“We have reviewed the action plan that you submitted on January 12, 2022. As a result, we are reinstating all activities relating to your HEAT Grant (GA-2022-402PT-078) effective January 14, 2022,” Director Roger Hayes from the Governor’s Office of Highway Safety stated.

ROCKDALE COUNTY, GA—Rockdale County Sheriff Eric Levett has issued a news release stating the Governor’s Office of Highway Safety is reinstating the county’s HEAT program grant after reviewing the misconduct of two deputies who were fired over a drunk driving incident in December. The deputies’ misconduct placed the Rockdale County’s Sheriff’s Office in jeopardy of losing the state-funded Highway Enforcement of Aggressive Traffic (HEAT) grant, which was created to combat impaired and aggressive drivers.

Rockdale’s grant was temporarily suspended after two deputies were fired, one of whom served on Rockdale’s HEAT team.  Tibias Holmes, the deputy on the HEAT team, was himself arrested by the Georgia State Patrol in Atlanta for speeding and drunk driving on Dec. 5, 2021. Two other deputies were with Holmes in his personal vehicle when they were stopped. Deputy Brandon Oglesby was cited for an open container and released at the scene. The third deputy was not charged. Oglesby and Holmes were terminated on Dec. 22 at the conclusion of an administrative investigation.

Sheriff Levett was not aware of Poole’s concerns until Dec. 29, 2021, when his office was notified  that Poole was suspending Rockdale’s participation in the HEAT program. Levett said that Poole issued the directive to suspend the HEAT program grant without a meeting or discussion with the Rockdale County Sheriff’s Office.

Levett stated, “Don’t punish an entire agency on the actions of one individual, unless the agency did not act accordingly on resolving the issue and contact that agency first to have a conversation about it.”

Levett provided Poole with a plan of action to reinstate the RCSO HEAT grant and was advised that the grant would be reinstated immediately, Deputy Jedidia Canty, a spokesperson for the Sheriff’s Office, said on Jan. 14.

“Our office has been contacted that the grant is being reinstated,” said Canty.

Canty said the Rockdale County Sheriff’s Office would continue to patrol the streets of Rockdale County aggressively, making road safety a priority as it awaits the state’s written directive to reinstate the grant.