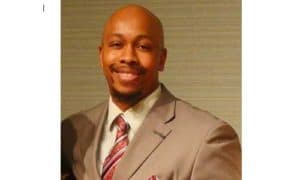 STONECREST, GA—Brandon Riley is leaving his position as the City of Stonecrest’s director of Parks and Recreation effective Dec. 10.

Riley has been named senior director of program operations for Operation Hope, a nonprofit that offers financial programming and coaching to empower and uplift communities. Riley will start his new position on Dec. 13.

Riley was instrumental in making several significant accomplishments during his nearly three years with the City of Stonecrest. During the 1 year and 7 months as parks director, he was responsible for overseeing: the acquisition of 11 parks and future park properties totaling over 420 acres and the $1 million Panola Shoals Bank restoration and kyak project. He also was granted approval by the City Council for a 5-year capitol parks plan and  two master plans: the S.E. Athletics Facility and a Botanical Gardens that will be established at Fairington Park.

Under Riley’s leadership, Browns Mill Aquatic Facility was reopened this year with new equipment and furniture and the city’s Park Advisory Committee is now up and running. Riley also established sustainability events for city residents: one for hazardous household waste; and the other, a paper shredding event.

Riley was initially hired by the city as operations manager, a position he held for 1 year and four months.

Before coming to the city, Riley had previously served seven years with the Boys & Girls Club in Lithonia, where he spent three of those years as executive director.

Riley said he is looking forward to again serving in the nonprofit sector. In his new role, he will oversee directors in the region and he will be responsible for building financial literacy, homebuying programs, credit partnerships with local banks.

“I’m excited about the next chapter in my life,” said Riley. “It will give me the opportunity to continue to be a servant to communities in need and provide personal development for my future and my family.”

Riley thanked the city for giving him the opportunity to serve. He said having grown up in Lithonia and being able to be a true community servant in his roles with Boys & Girls Club and the city has been rewarding.