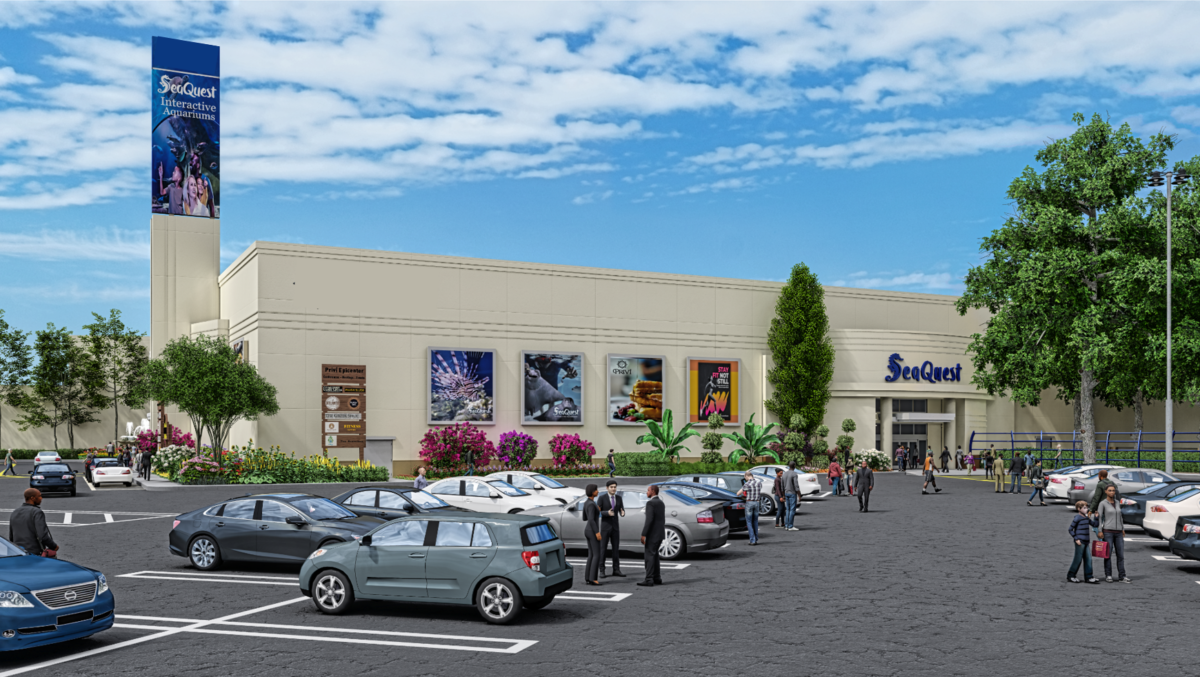 Vaughn Irons, principal for Stonecrest Resorts and developer for the project, stated, “We are pleased to announce the completion of the transaction with the city of Stonecrest. The sale of the Sears building represents a new era for the mall and the Stonecrest community at large. Our plan to redevelop the building into a destination tourism attraction is a much-needed asset for this community.”

This project was made possible through the cooperation of the Stonecrest Urban Redevelopment Authority under the leadership of chair Jazzmin Cobble. “The Mall at

Stonecrest is our #1 economic driver in the city and once we reviewed the plans and confirmed the funding was there we wanted to work together to make the project happen,” said Chairwoman Cobble. “This sale and the developer’s plans to establish Stonecrest as a regional destination is a very positive thing for this community.”

Stonecrest Resorts plans to repurpose the building into a family entertainment and lifestyle component for the mall. The team has significant redevelopment plans in place that will breathe new life into a building left vacant since 2017. The first phase will include the opening of SeaQuest Interactive Aquarium which will serve as the anchor tenant of the project. The aquarium will occupy 25,000 square feet on the lower level and has plans to open this Fall. This will be SeaQuest’s 10th location and will feature indoor and outdoor interactive adventures from across the globe including exotic sea life, sharks, reptiles, wallabies, kinkajous, and sloths, among other animal attractions. With the cooperation of the city of Stonecrest and DeKalb County, there are hopes to open SeaQuest within 30 days. Other plans for the building will be announced soon.

“We have believed for many years that Stonecrest was one of the very best locations in the country for SeaQuest, and are thrilled to be a part of the incredible vision for its future,” shared Vince Covino, CEO of SeaQuest.

SeaQuest was originally announced in 2017 as a part of the Atlanta Sports City project. Atlanta Sports Connection was the planned owner and operator of the sports complex and their inability to deliver on commitments derailed the project. Now restructured without Atlanta Sports Connection’s involvement, the remaining parties desired to move forward. “It was important to me that we delivered on what we promised a few years ago. Despite the delays due to my kidney disease and COVID-19, we continued to plan our resurgence from the ashes of that project,” Irons commented.

“We learned a lot from the problems we experienced with Atlanta Sports Connection and those lessons allowed us to move forward successfully with this effort,” said Russell Platt, CEO of Forum Partners and an investor in the project. “We evaluated the revised strategy and believed reinvesting in this new effort was the perfect way to create a viable asset for the community and for investors.”

property through an RFP process led by Stonecrest Urban Redevelopment Authority. Since then $1.5 million of building improvements has been made including upgrades to the plumbing, electrical, sprinkler system, and a brand new fire alarm system has been installed. After SeaQuest opens, the renovations are planned to continue this winter with a projected opening date of phase two in Spring 2022.

“We are excited about what is to come and what this redevelopment brings to the mall”, said Patricia Edge, General Manager at the Mall at Stonecrest. “The new plan for the Sears box will give our customers additional amenities and attractions they’ll definitely enjoy.”

The purchase of the building and completion of SeaQuest coincidea with the Mall at Stonecrest’s 20th anniversary being celebrated this month.

Stonecrest Resorts, LLC. (“SR”) is a limited liability commercial real estate development company engaged in the business of developing retail, entertainment, and food & beverage facilities with a focus on tourism services such as family entertainment, education and history, health and wellness, and gathering spaces. For further information, visit www.stonecrestresorts.com.