Sitting in ninth place with just 12 points coming out of the field events, the Stephenson Jaguars roared to 76 points on the track winning six events to pass Decatur for an 88-79 lead to take the 2021 DCSD Boys’ Track and Field Championships title over the weekend.

The Jaguars were sitting in ninth overall heading to the track on Friday with Dunwoody leading the pack with 48 points. Dunwoody had powered to the lead with a one-two-three finish in the pole vault led by the record setting vault of Alon Rogow of 15 feet, six inches to break the mark of 14 feet, 7 inches set by Jeff Jernigan of Lakeside in 2013. It was Rogow’s second consecutive victory in the meet (2019).

Stephenson began its comeback by taking the gold in the 4×100-meter relay with a time of 41.85 to start things off on Friday followed by the first of two gold medals by Bradley Favors as he ran to the title in the 400-meter dash (47.07).

Two more golds came as Jace Coleman captured the 100-meter dash (10.89) and Isaiah Screen (14.90) took the 110-meter hurdles title to pull Stephenson into second one point behind (57-56) behind Dunwoody. Decatur was also trying to get in the mix following with 54 points. 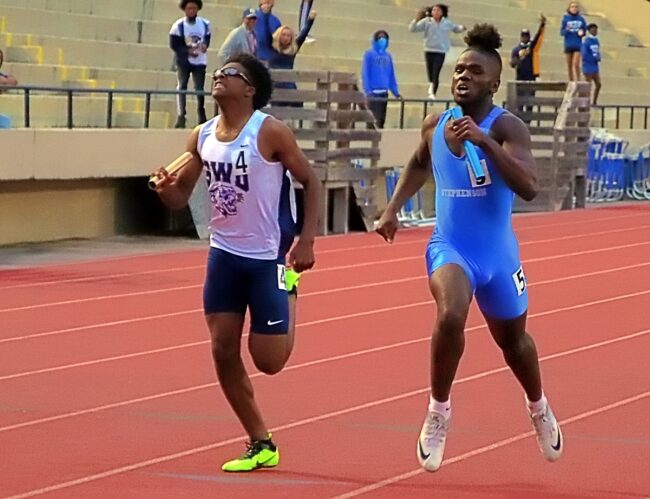 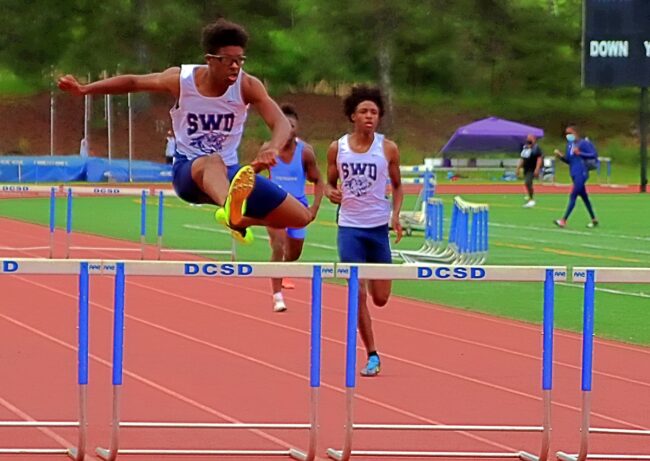 Southwest DeKalb made a late push as they picked up a one-two finish in the 300-meter hurdles by twin brothers and sons of Olympic gold medalist Angelo Taylor. Isaiah Taylor won the event in 39.36 with brother Xzaviah second in 40.46. It put the Panthers into fourth and an eventual tie for third with Dunwoody in the team standings.

Stephenson went into the final event of the day, the 4×400-meter relay, with its 78-75 lead over Decatur with Dunwoody at 65 and Southwest DeKalb at 59.

The Jaguars took the early lead in the relay, but on the final leg Southwest DeKalb’s Isaiah Taylor made a run for the gold as he caught and just pass Stephenson’s Isaiah Screen a few yards from the finish line. Screen managed to pull from within and nipped Taylor in a photo finish to seal the Jaguars’ victory 3:21.12 to 3:21.30 over the Panthers. 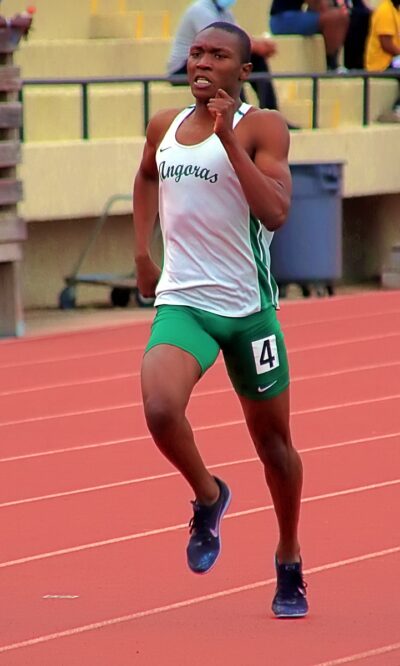 This included a win in the 4×800-meter relay with a time of 8:05.07 to set the mark for the years to come in the first running of the event at the Championships.

The championship was Stephenson’s eight overall and first since back-to-back titles in 2013-14. It was the seventh title for Stephenson Head Coach Donnie Sellers.