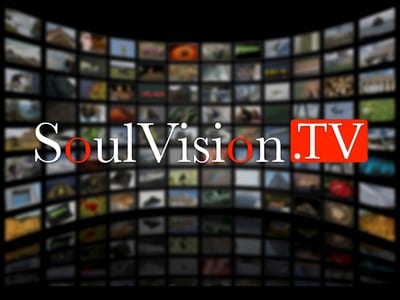 Soulidifly Productions, a company founded in 2017 with a mission to produce uplifting stories that are entertaining and beautifully told, has created SoulVision.TV https://soulvision.tv/, a new digital streaming network with an emphasis on authentic and positive human stories.

Launching on Valentine’s Day – Friday, Feb. 14 – with more than 200 hours of content, SoulVision.TV will be accessible from all leading streaming platforms – Apple TV, Roku, Amazon Fire – and on all mobile platforms, tablets and other devices including smart TVs and home computers.

“We live in a 500-channel world, and all too often it’s the same thing: Crime TV. Drama TV. Violence TV. Traditional TV has become so stressful,” said BK Fulton, founding CEO of Soulidifly Productions and Chairman of SoulVision.TV. “We decided to create something different. SoulVision.TV is a place to find positive, often untold, human stories accessible to anyone on the planet.”

Tim Reid, vice chairman of SoulVision.TV, says that he “is excited about bringing this new positive and fresh programming to the world.”

Audiences worldwide will be able to click into SoulVision.TV for the first time on Feb. 14.