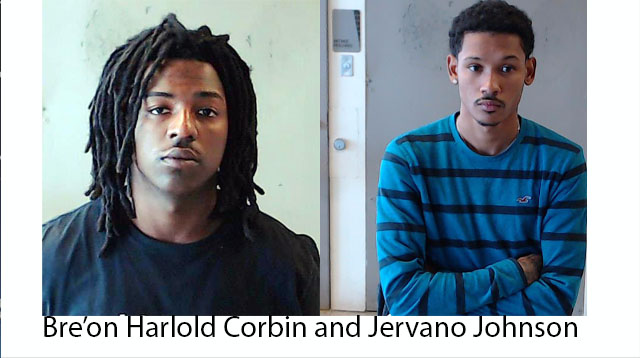 The DeKalb County Sheriff’s Office Fugitive Unit, with other local law enforcement agencies, has arrested the second suspect in the Easter Sunday murder and armed robbery of a 19-year-old and 17-year old at a Brookhaven apartment complex.

Bre’ On Harold Corbin, 17, was arrested on Tuesday, April 6, during a traffic stop near his residence in Lawrenceville. Corbin is charged with the April 4 murder in the shooting death and armed robbery of Domingo Paco-Camacho, 19, and armed robbery against Kevin Daniel Pano-Galvez, 17, both of Brookhaven.

The first suspect, Jervano Johnson, 19, of Norcross, was arrested Sunday night (April 4) at a home in Gwinnett County, authorities said.

Police said the robbery and shooting took place at the Knoll Apartments on Buford Highway in Brookhaven and allegedly involved a weapon, cash, a cell phone, and drugs.

Both suspects are being held in the DeKalb County Jail.