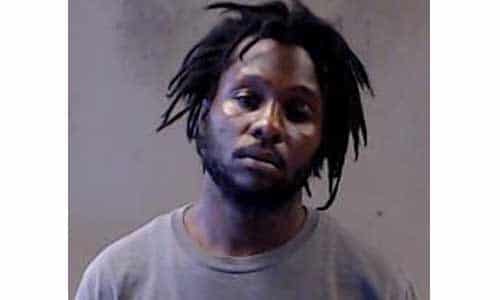 The DeKalb County Sheriff’s Office Fugitive Unit has arrested a murder suspect in connection with the shooting death of Jamaal Antoine Cobb on Aug. 23 at a Park Drive residence in Lithonia.

Lithonia resident Ryan Anson Carter, 35, is being charged with Felony Murder, Aggravated Assault, Possession of a Firearm by a Convicted Felon, and Theft by Taking.  According to the arrest warrants, Carter shot Cobb in the leg, causing his death. Carter is also charged with taking cash and the victim’s vehicle.

Working with the U.S. Marshals and the DeKalb County Police and DeKalb K9 Unit, DeKalb Sheriff’s investigators took Carter into custody without incident today (Sept. 21) at his residence. He was transported to the DeKalb County Jail.