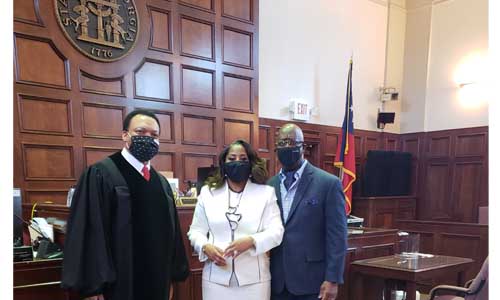 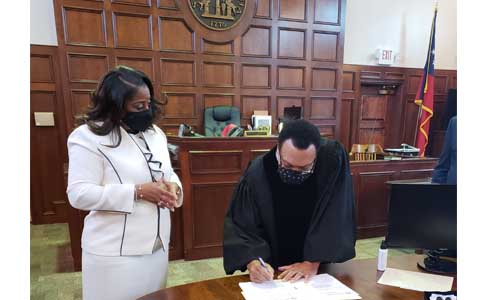 Originally, the swearing-in for all of the county’s elected officials was scheduled for Dec. 29 at the Rockdale auditorium. However, due to the rising number of COVID-19 cases, swearing-in ceremonies were restricted and held separately on different dates.

Morris was joined by her husband, Tolbert, for her swearing-in ceremony.

She said she is excited about her new role as Clerk of Courts and looks forward to bringing a wealth of knowledge as a senior-level manager with her experience in leading and managing a large budget.

“I will remain accessible, accountable and approachable as the new leader of the Clerk’s Office. Having the ability to reach each employee and citizen as a servant-leader is my top priority,” Morris said.

Morris recently completed 40 hours of training through the Clerk’s State Association and she looks forward to utilizing the tools learned throughout the training to execute as an effective and efficient leader of the Clerk of Courts Office.

Morris will begin her new role as Rockdale’s Clerk of Superior and State Courts effective Jan. 1.