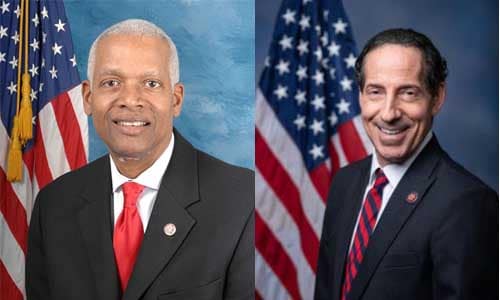 Almost 50 years ago, the Supreme Court recognized in Bivens v. Six Unknown Named Agents of the Federal Bureau of Narcotics that the Constitution authorizes a remedy for civil damages against federal officers who have violated a person’s constitutional rights. But the Court subsequently nearly extinguished the availability of Bivens claims, in a pattern that mirrors the Court’s expansion of the doctrine of qualified immunity to shield state and local officials who commit civil rights violations. In February, the Court went so far as to note that “it is doubtful” today’s Court would have recognized Bivens claims at all.

“The peaceful protestors who were violently dispersed from Lafayette Square with teargas and rubber bullets so Trump could get his Bible photo op and who have since sued Attorney General Barr for damages may well find themselves without a remedy for their injuries,” said Johnson. “This bill fixes the issue that victims of constitutional violations by federal officers often have no recourse.”

“I’m delighted to join my colleague, Rep. Hank Johnson, in introducing this critically important legislation to defend the people’s civil rights against abuse by federal agents,” said Rep. Raskin. “America recently watched Attorney General Barr activate unidentified federal law enforcement officers to deploy tear gas, pepper spray and rubber bullets against peaceful protesters in Washington, D.C. to clear the way for President Trump’s obscene upside down-Bible photo-op at St. John’s Church. This official riot violated the First Amendment rights of a number of my constituents who were there that day, but as the Supreme Court recognized long ago, if there is a right, there must be a remedy. Our legislation will enable affected citizens to recover the damages they have suffered and hold federal law enforcement accountable to deter such assaults in the future.”

“Chairman Johnson and Congressman Raskin’s decision to introduce a bill making federal officials legally accountable for their constitutional violations represents a notable response to the threats posed to peaceful protesters in recent days and fills a void unnecessarily created by the Supreme Court.”

In Marbury v. Madison, the Supreme Court stated that “the very essence of civil liberty certainly consists in the right of every individual to claim the protection of the laws, whenever he receives an injury. One of the first duties of government is to afford that protection.”

The Bivens Act would ensure that every individual would be able to claim the protection of the courts and the constitution when federal agents violate their civil rights and civil liberties.