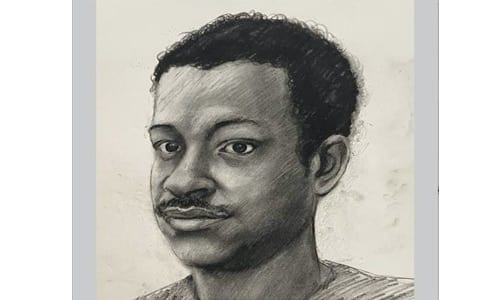 The suspect is described as a light-skinned Black or Hispanic male, approximately 5’7-5’8, weighing between 175-200 pounds with a curly afro hairstyle. He was seen driving a Cobalt blue 4-door sedan.

Anyone who comes into contact with him or knows him is urged to call 911 or the DeKalb County Police Department at 770-724-7710.