In preparation for the record number of voters expected for the Nov. 3 election, DeKalb County officials announced today (Nov. 1) that the county has added nine new dropbox locations.

The expanded number of dropbox locations will increase from 26 to 35 currently positioned throughout DeKalb to assist voters in making their final decisions on ways to cast their ballots.

“We know there are a number of outstanding absentee ballots still out and some voters may be weighing their options on voting in-person on Election Day or dropping their absentee ballots in a drop box,” said DeKalb Voter Registration and Elections Director Erica Hamilton. “These additional drop box locations greatly expand our voters’ options to safely and securely cast their ballots this election cycle.”

Additionally, state officials are urging voters who plan to cast an absentee ballot to do so by utilizing a dropbox by 7 p.m. on Election Day.

“At this point, we can’t guarantee that absentee ballots will arrive on time, if utilizing the postal service,” Hamilton said.

The nine newly added dropbox locations are listed below: 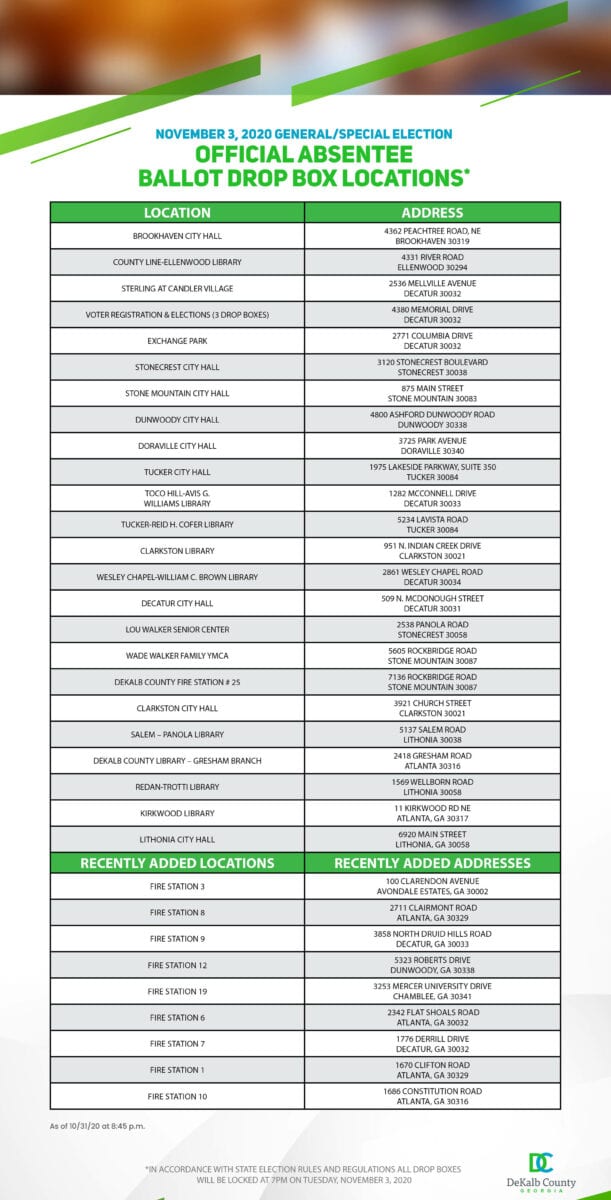 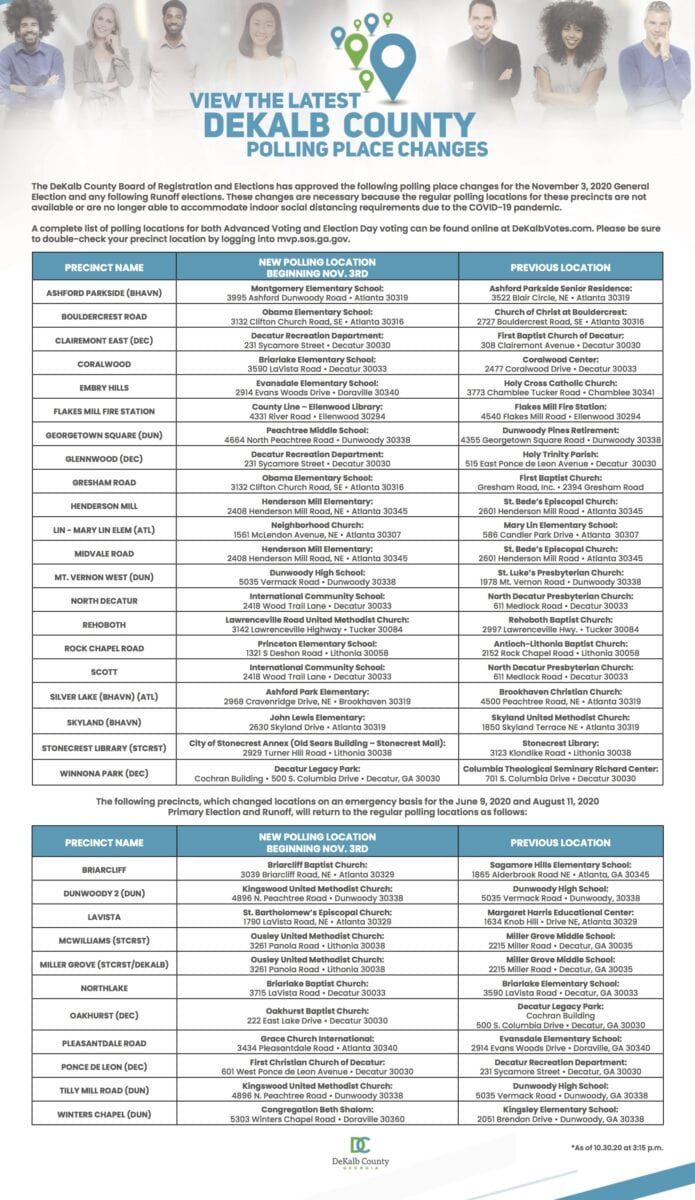