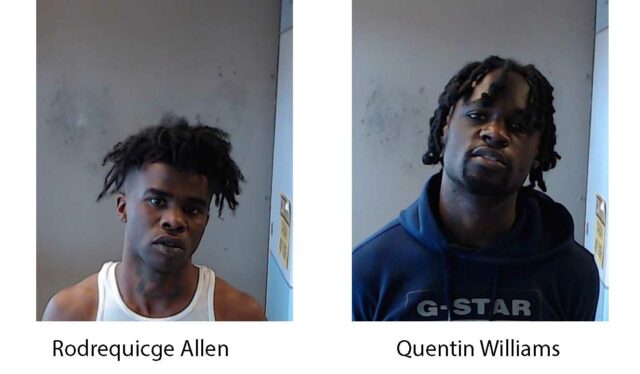 DEKALB COUNTY, GA– The DeKalb County Sheriff’s Office Fugitive Unit, working with U.S. Marshals and the DeKalb Police Department Gangs Unit, arrested two suspects in the kidnapping of a woman from a gas station in Decatur.

Atlanta resident Quentin Williams, 21, and Rodrequicge Allen , 19, of Covington, Georgia were arrested on April 20 and charged with Kidnapping, a Felony.

Williams and Allen made advances to Monqua Johnson against her will while she was at the Exxon gas station on Glenwood Road on March 20, according to warrants. When she declined, the suspects allegedly abducted her and put her into the trunk of a car, releasing her later on Wesley Chapel Road in Decatur, Georgia.

Both suspects were taken into custody without incident at 4611 River Road and taken to the DeKalb County Jail, where they are being held without bond.